A Friday Late event at the National Gallery in Conjunction with LCF Flight: Drawing Interpretations

A Friday Late event at the National Gallery in Conjunction with LCF Flight: Drawing Interpretations

Flight: Drawing Interpretations is a multi-disciplinary event featuring vignettes of live performance, film and artefact by artists and designers working across the disciplines of visual art, fashion design, costume, photography and curation. The works result from a close collaboration with the National Gallery and a number of research  practitioners from London College of Fashion, University of the Arts London over the period of a year.

The project contributors are comprised of the following UAL affiliates:

The Friday Late event will showcase work in which the practice of drawing in the National Gallery has informed creative responses to the theme of ‘flight’.

This event is free. Reservations are not required however please arrive early to ensure a place.

Drawing Out 2013 Update and Exhibtion Images

We are now back from the success of Drawing Out 2013, we had a great time at RMIT and a lot of interesting papers and discussions took place. Please see the slide show of images from Draw Like You Talk: Make It Happen, a drawing show that incorporated analogue and digital presentations of drawings (via fax machines and digital screens) curated by George Blacklock, Dean, Chelsea School of Art and Design, UAL, Suzie Attiwill, Interior Design; Deputy Dean L&T, School of Architecture + Design and Martyn Hook, Dean, School of Media + Communication.

Please check back soon for more information on the publication of materials from the conference.

How do you use drawing? Ten new short films online now

Working with Professor Stephen Farthing RA, the Rootstein Hopkins Chair of Drawing, we have produced 10 short films that ask the question: How do you use Drawing? In doing so, it was our intention to explore the myriad ways that drawing is used across professions and disciplines. We have asked 10 people from various walks of life to answer the simple question – How do you use drawing? For the results please click here

Tagged downloads, drawing, Drawing out, films, how do you use drawing, the centre for drawing
Leave a comment
Uncategorized

Drawing Out 2013, the third and final installment of the UAL AHRC funded Drawn Out Network  is proudly presented by RMIT University and the University of the Arts London on 17 & 18 April, 2013 at RMIT University, Melbourne, Australia

An international symposium on Drawing and Writing

This two day super-symposium brings together international artists and writers from diverse disciplines to consider the relationship between drawing and writing within a series of dynamic and thought provoking presentations and provocations.

Drawing will be explored in its widest sense together with writing.

For more information or to register your interest, please email Emma Barrow, emma.barrow@rmit.edu.au

Just a quick update to thank all of those contributors who have uploaded their papers on Process.Arts, there is a great selection of papers with a lot of hits and reads already.

Due to the long bank holiday here in the UK we are giving everyone until Monday 11th June at 5pm GMT to upload their papers after which I will create a designated page on this site to easliy access all of the papers.

We look forward to seeing the rest of the papers.

Plans for the third and final installment, Drawing Out: 2013 due to take place in Melbourne are in progress  – so watch this space for more details.

Thanks so much for your continued support and involvement with the Drawn Out Network, the next phase is online publication, with the hope  to expand, explore and continue the conversations started at the Drawn Out Conference.

The website we have chosen to do this is called process.arts.ac.uk, an open online resource sharing day-to-day arts practice and research of art, design and media staff, students, alumni and practitioners associated with and supported by University of the Arts London.

Regards phyisical, print publication, we have decided to wait until after next years conference in order to have a more complete picture when printing and presenting our findings.

We will be launching this officically in early June but please follow the link below to see it progressing: 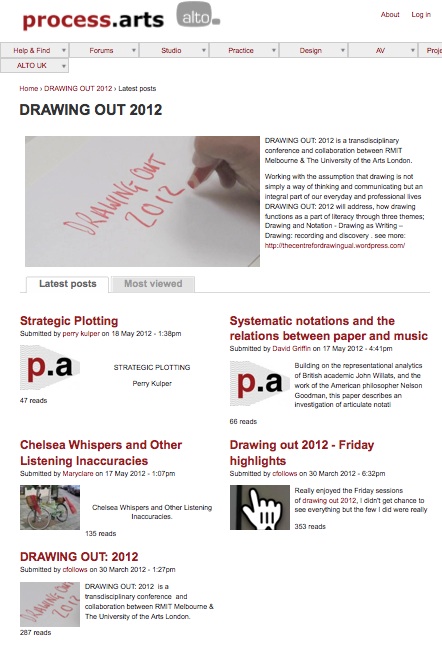 Conference Locations and Downloads for 29th and 30th March

Please enter through building labelled A – The Millbank entrance 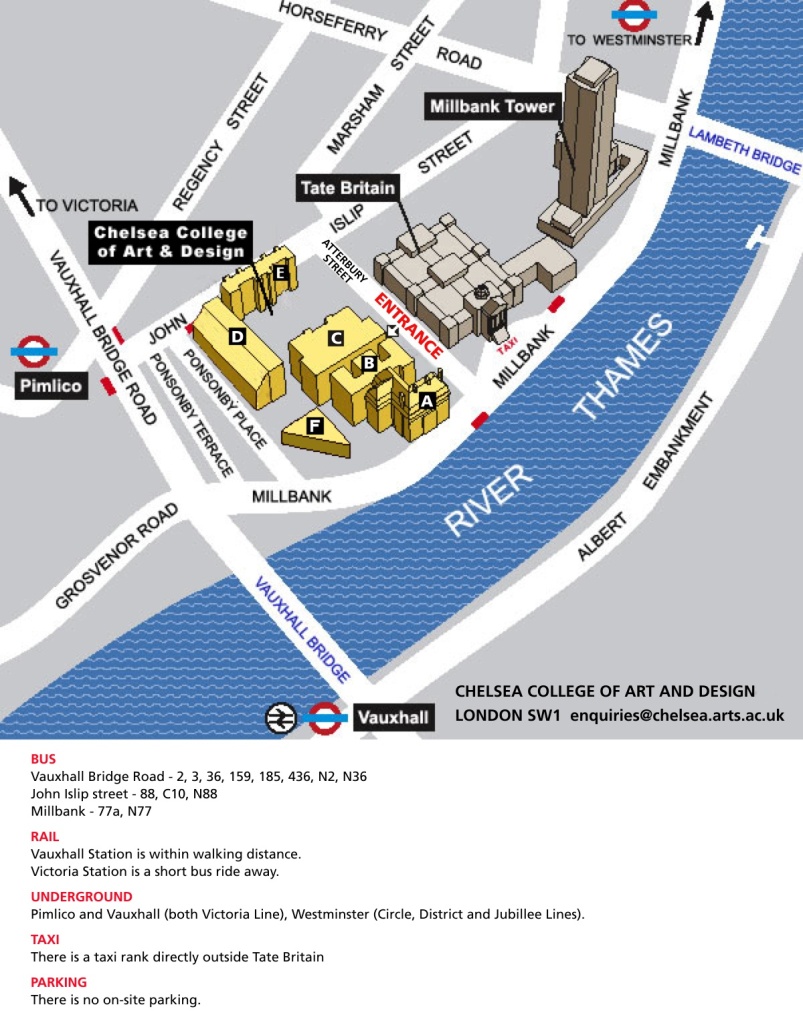 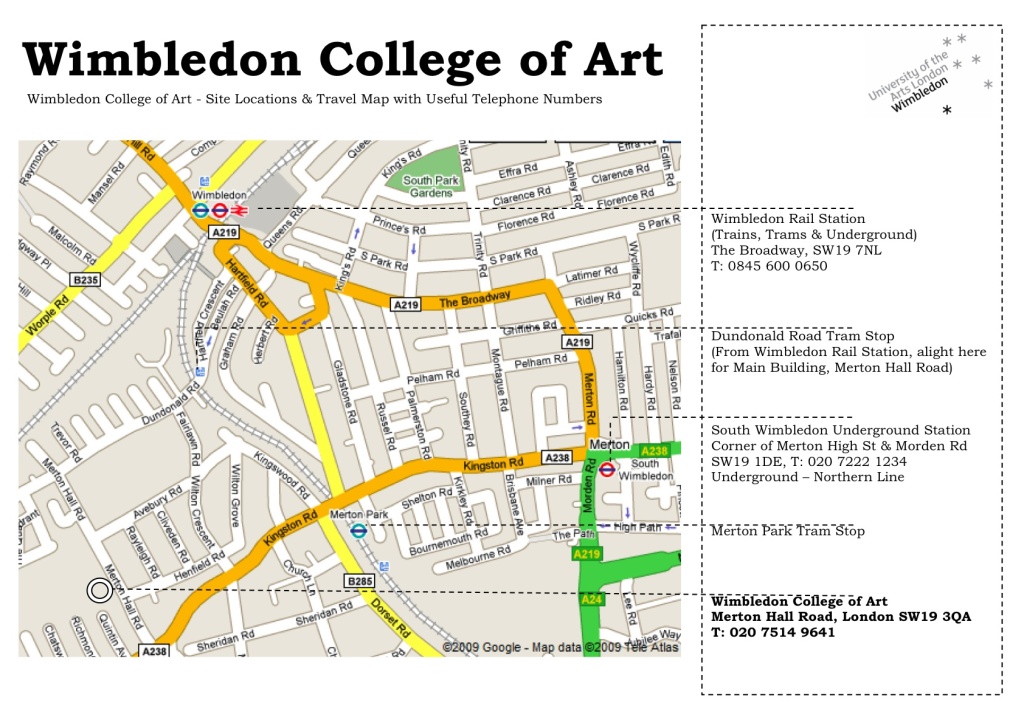 Final Schedule Announced for Drawing Out: 2012 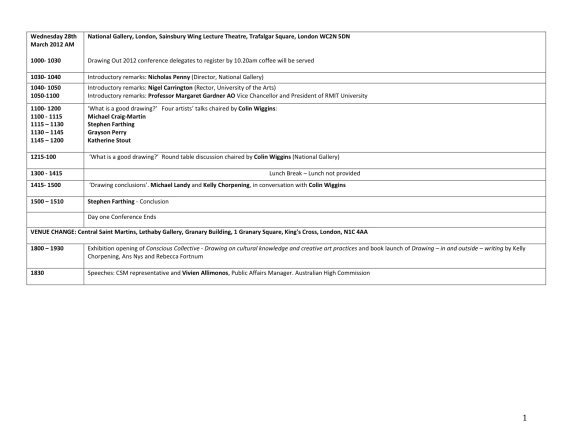 Exhibitions Announced to Accompany Drawing Out: 2012 at CSM and Wimbledon 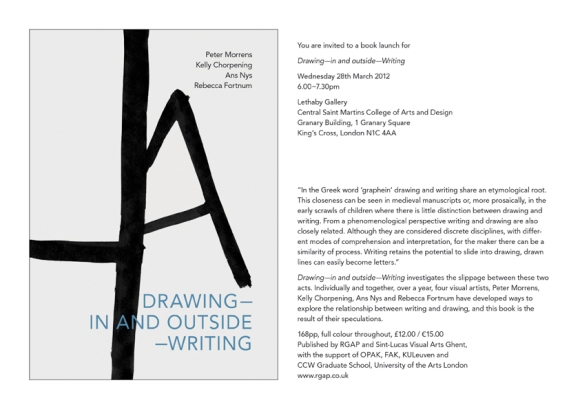 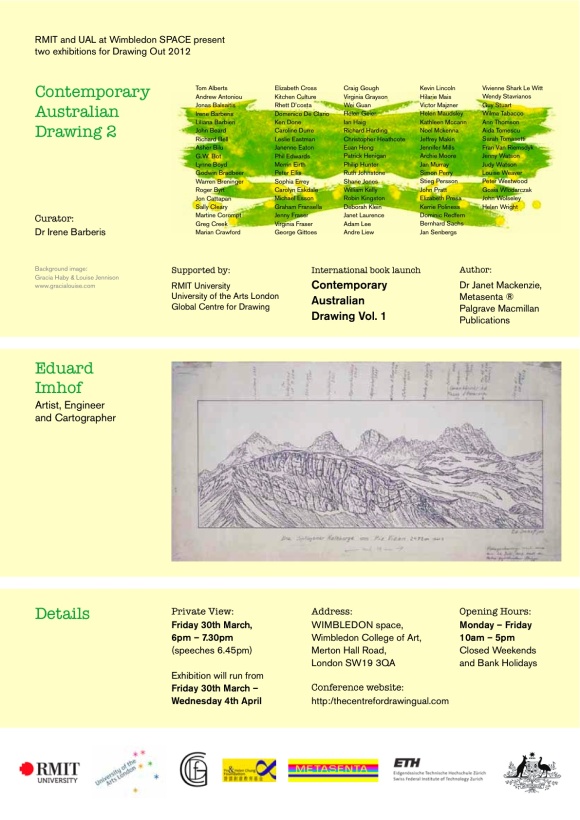 Discovery as both process and destination (verb and noun) is itself a metaphor for drawing, in that drawing in contemporary art practice is multi-faceted, exploratory, free from art-historic convention, or technical definition. It is appropriate that this conference should take place in London whilst two great artists in this country are being celebrated: Lucian Freud, who died last year, and the energetic and inventive, David Hockney. I cannot think of any other artists of recent history and the present whose oeuvre displays the magnificent and varied invention of the drawn image in the hands of a truly great practitioner, the physical act of drawing, the psychological and intellectual journey taken by two artists in one of the simplest, most primal of forms – observational, naturalistic, surreal and dream-like, tender, heart-rending, funny and quintessentially human. After I was invited to write this new book on contemporary Australian drawing, and as I steeped myself in the literature of Australian art of the past 25 years since I left, I had several strong experiences. When colleagues, friends et al asked me what I was doing, I found myself saying, “it’s Australian, but Australia is a concentrated global culture”. The population there being made up descendants of the original white settlers, there are also historic waves of migrants, from all parts of the world. What distinguishes Australia from other new world countries is the spectacular industry of art made by the aboriginal and Torres strait islanders, of great interest internationally, and whose work occupies a pivotal position in Australian culture today. Among many issues to address are those of cultural bricolage and the resultant visual dynamism, which is central to much of their work, alongside the fundamental struggle for identity and survival. In a recent interview I was very pleased to hear the claim that “all aboriginal art is drawing,” for all aboriginal art has a directness of transmission, unlike traditional western art that is built up in layers. Significant mark-making is critical in the assertion of cultural loss and the historic legacy all Australians must strive to reconcile. At drawing out, I will show the work of artists whose work can be described as embracing aspects of notation, discovery, identity, writing and recording, always against a global background. Their work I have found enables the extension of definitions of the boundaries of culture, to explore the complex and remarkable interaction that takes place now more than ever before.

Janet McKenzie grew up in Australia and was educated at the Australian national university in art history and philosophy. She taught at the Canberra school of art, the Victorian college of the arts and college of fine art, university of new south Wales. Her first book, Drawing in Australia: Contemporary Images and Ideas (Macmillan 1986) sought to examine perceptual drawing, observing then: “drawing reveals the subtlest movement, the most clinical analysis, the most precise drama. Modern drawing gives room for alternative reactions – functions assumed by different signs are at once explicit and suggestive. In this sense drawing is as much a record of the subtler elements in our culture as any written or verbal record”. In 1986 Janet McKenzie married architect Michael Spens and moved to Scotland, the following year. Whilst raising a family her studio practice was primarily painting. She also continued writing and publishing and completed her doctorate at the university of St Andrews on the art of Arthur Boyd, under the supervision of professor martin Kemp, published by Thames and Hudson (2000). She has co-edited studio international with Michael Spens since 2000. Her most recent publication contemporary Australian drawing, a study of 78 artists (metasenta/palgrave Macmillan,) will be launched at the university of the arts, London at drawing out, 31 March 2012. In 2011, Janet McKenzie embarked on drawing on two worlds, a practice-led research project using collaborative drawing to explore issues of identity and dispossession in Scotland and Australia. She is senior research fellow at the university of Dundee.